Rainy Day got together for a tasty pancake breakfast to celebrate our company's 13th anniversary. We have been proudly serving Northwest Washington since 2006! 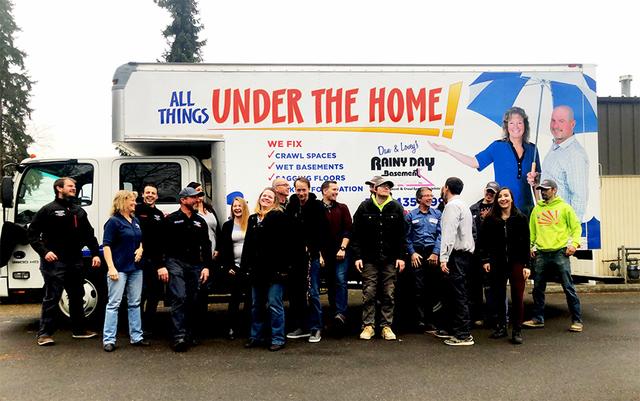 You Got Friends in Crawl Spaces!

The Rainy Day crew all together for our monthly One Team meeting and to celebrate the company's 13th Anniversary! 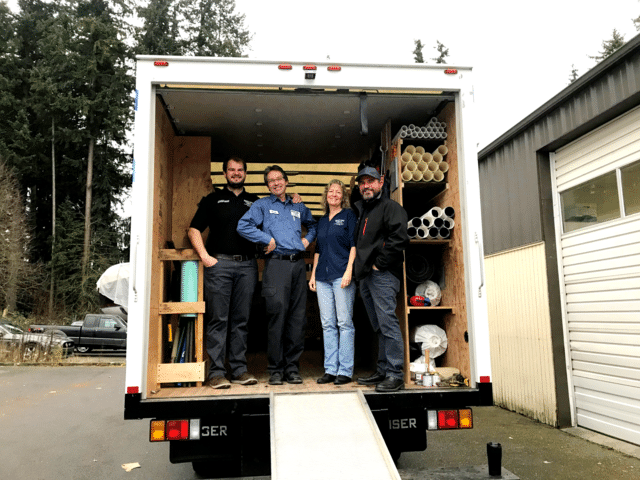 General Manager, Nathan, Project Coordinator, Kevin, and Owners, Dan and Lovey, all standing proudly in our spruced up work truck! Thank you to Kevin for putting in extra time working diligently to caulk and install new shelving in the work truck. He made it all ready to go for upcoming projects.

Dan & Nate flipping up some pancakes for the whole crew. 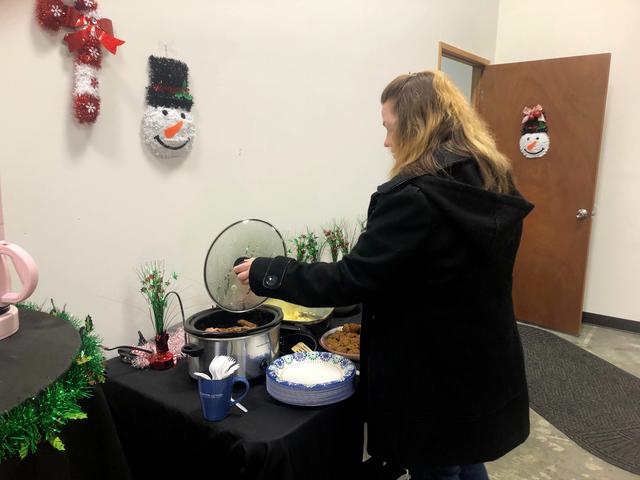 A Breakfast Bar Makes Everything BETTER

Serving up tasty treats before our One Team meeting. 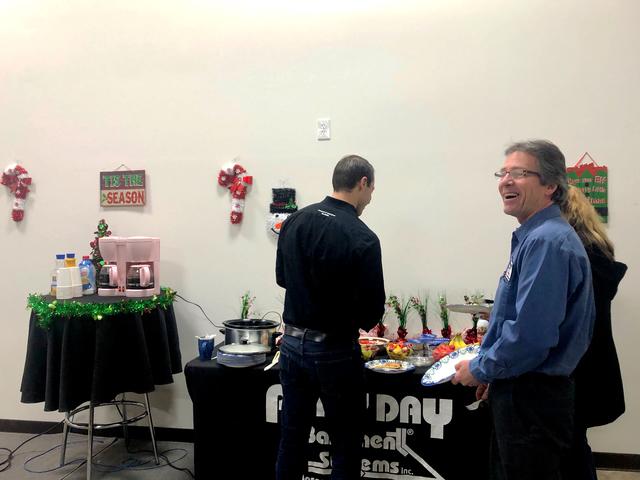 Is Breakfast the Best Meal of the Day?

The answer is yes, absolutely! 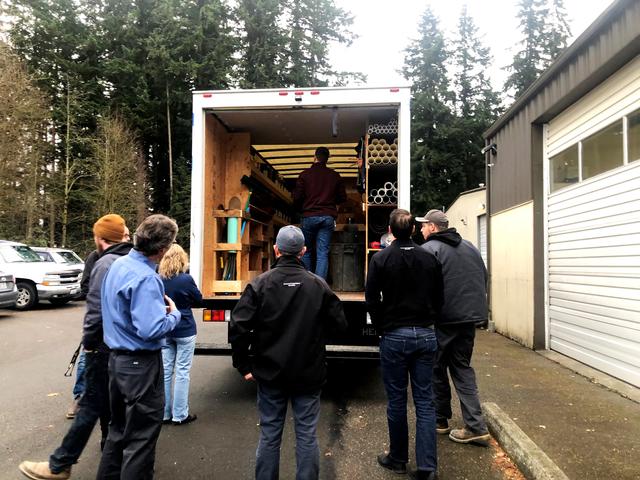 Checking Out the Inside of the Truck

Everyone gathered around the magnificent spectacle that was the inside of our newly wrapped box truck.

Marketing people love sneaking up and taking photos on unsuspecting victims first thing in the morning. 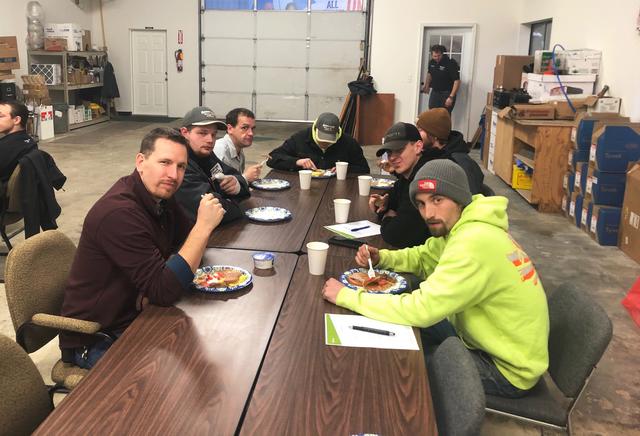 Marketing people love sneaking up and taking photos on unsuspecting victims first thing in the morning. 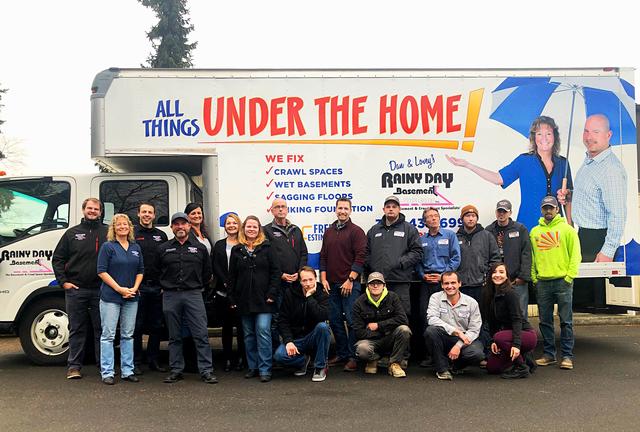 Here we all are! Proudly serving northwest Washington since 2006.