Cynthia and Brian had nearly three inches of standing water in their crawl space. With two existing sump pumps, they still had leaking under their home. They were living there for over 15 years and this was the first time experiencing problems at this level. They were dealing with not only a leak, but also insects and failing insulation. Rainy Day's Ed Upenieks designed a system to fix their wet crawl space and promote home longevity. 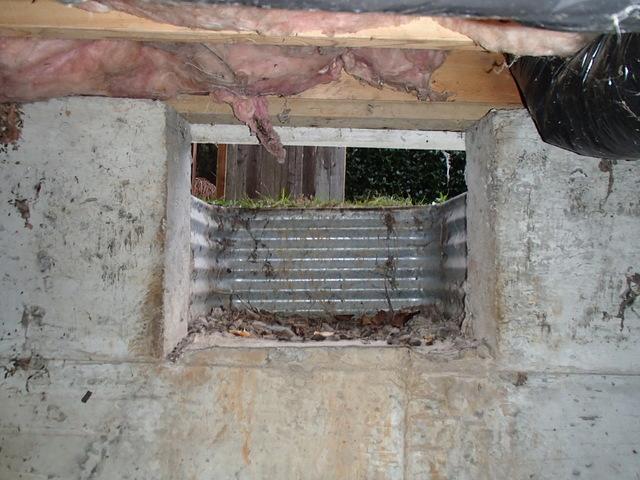 Before, this crawl space was open and the access was allowing in outside air and moisture. 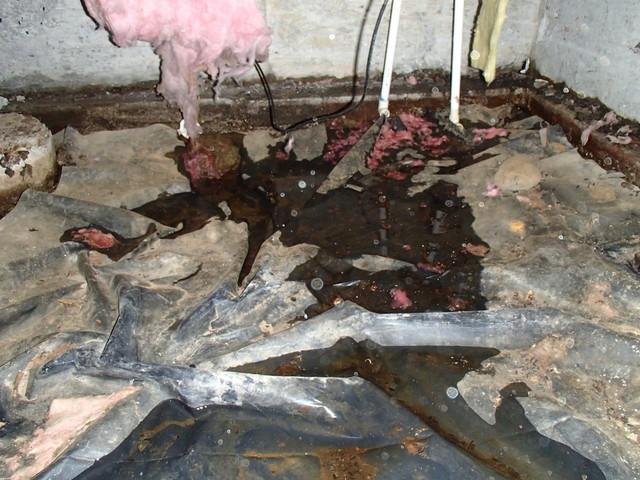 The crawl space had a few inches of standing water puddling in areas. 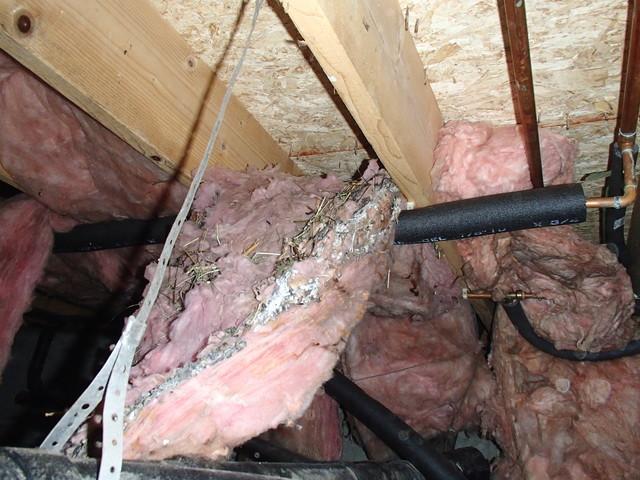 Insulation was being pulled down by gravity and condensation. 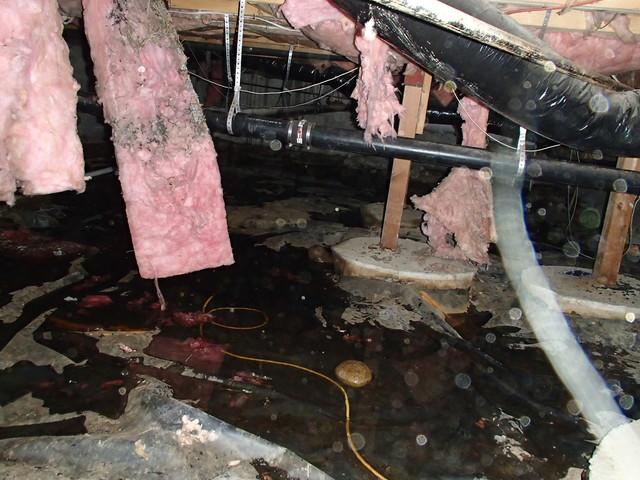 The existing sump pumps were unable to keep up with demand of heavy rain leaking in. 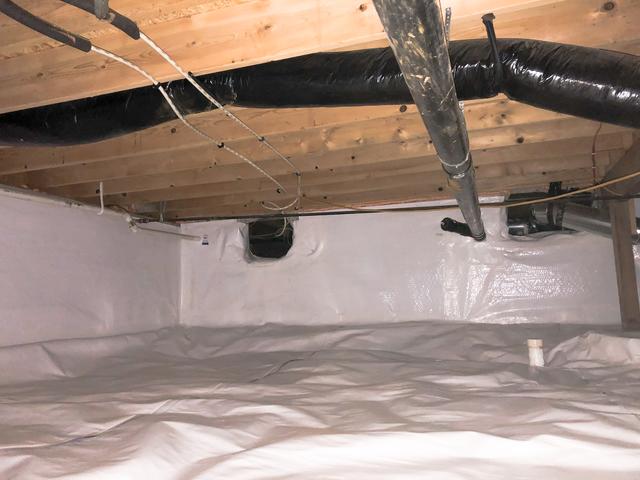 We cleaned the crawl space out and installed perimeter drainage piping. 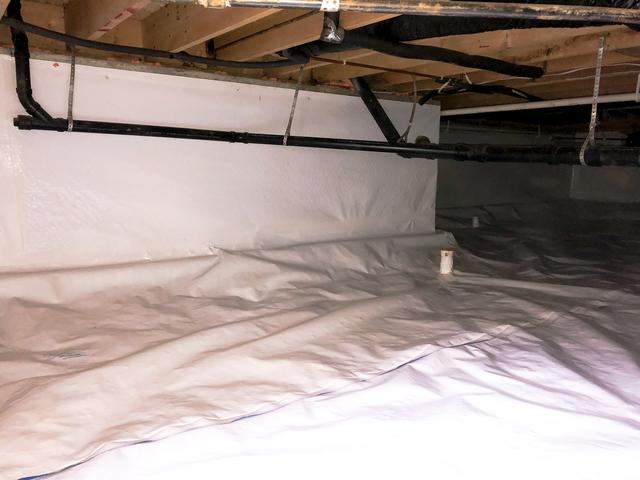 The crawl space had two primary areas to protect where we needed to install 238 feet of drainage piping. 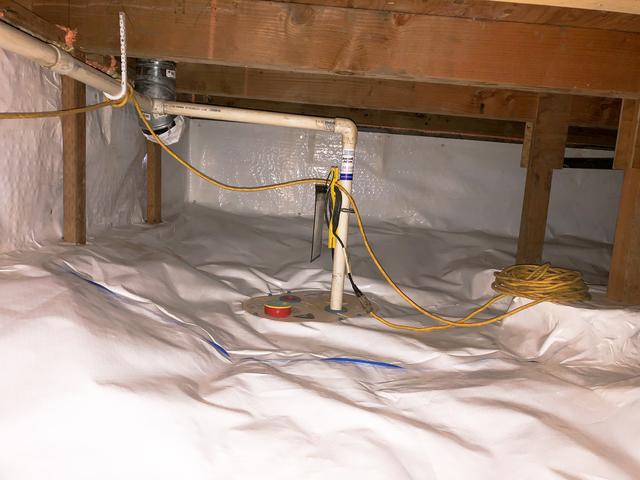 Since the existing pumps were unable to keep up with the water, we installed our SuperSump Plus sumps in two locations of the crawl space. 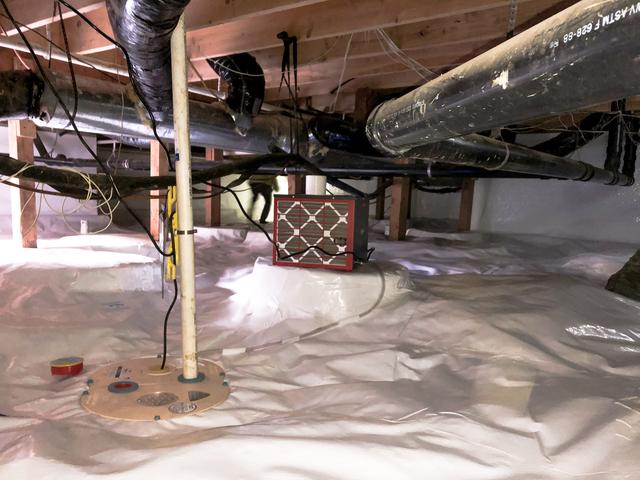 The sump pumps are installed and flood tested at the lowest spots of the crawl space to pump water out from. 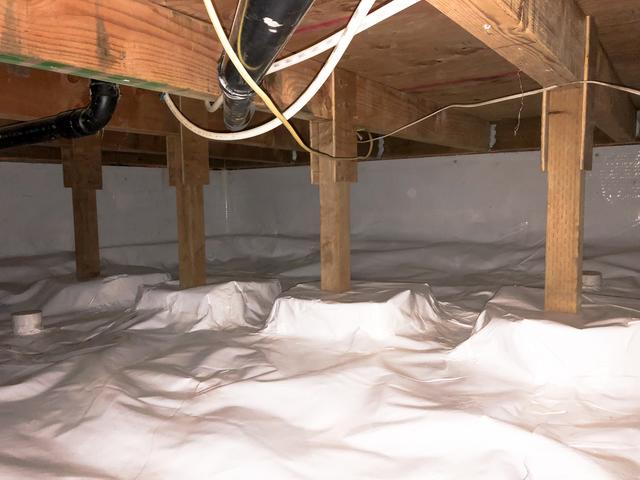 All 35 pier pads were wrapped and sealed using our CleanSpace moisture barrier. 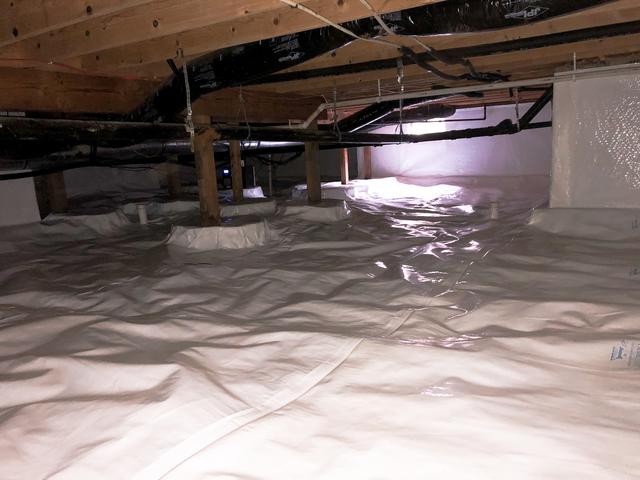 Encapsulating the crawl space isolates it from the damp ground and helps maintain comfortable temperatures in the living space. 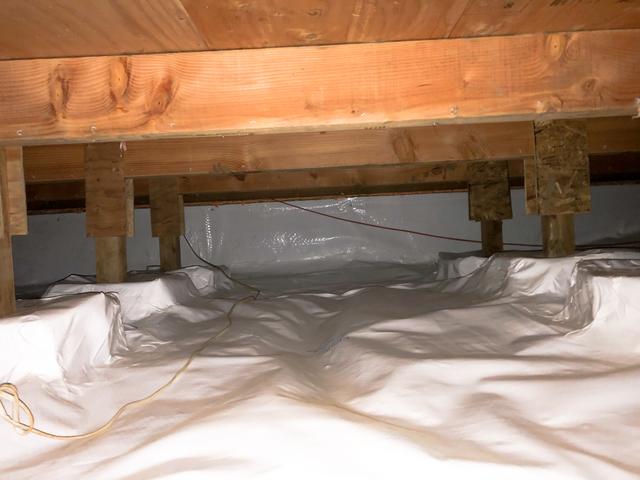 The process helps improve energy efficiency of the home and protects it from mold, moisture, and pest intrusion. 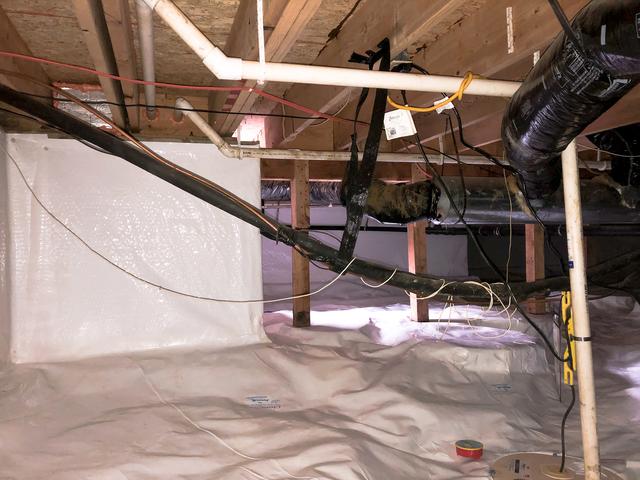 Along with encapsulation, we installed our SaniDry Sedona Dehumidifier to condition the air and keep humidity low. 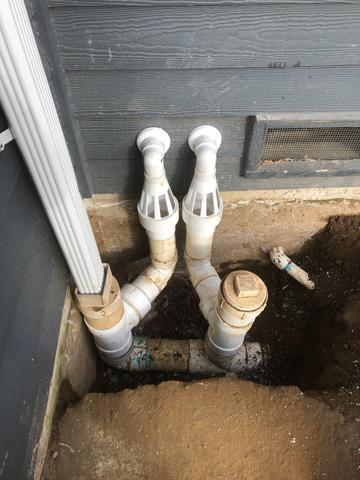 We installed discharge lines from the two locations on opposite sides of the home. 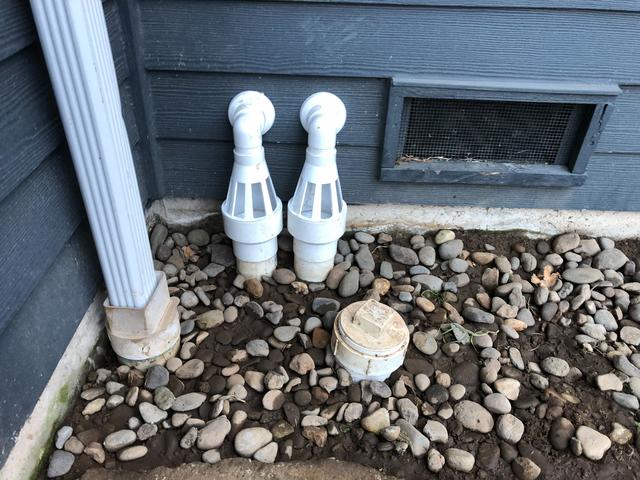 The IceGuard ports seen here will protect the lines from freezing and flooding.