This Clinton home had previously been remodeled and they were having problems with their new wooden floor cupping. They had a certified floor inspector inform them that the cause was high humidity in the crawl space below. The crawl space was enclosed upon purchase of the home, but during the remodeling process new vents were added. The new vents were directly contributing to the high humidity in the crawl space and ultimately the home. To prevent the high humidity and the moisture vapor allowed into the crawl space, we encapsulated the space in a highly durable lining called CleanSpace. The lining is made up of high and low density polyethylene, in addition to two layers of polyester cord reinforcement. It also features an antimicrobial agent called UltraFresh. We then installed a SaniDry CX Dehumidifier to further control the moisture in the crawl space. 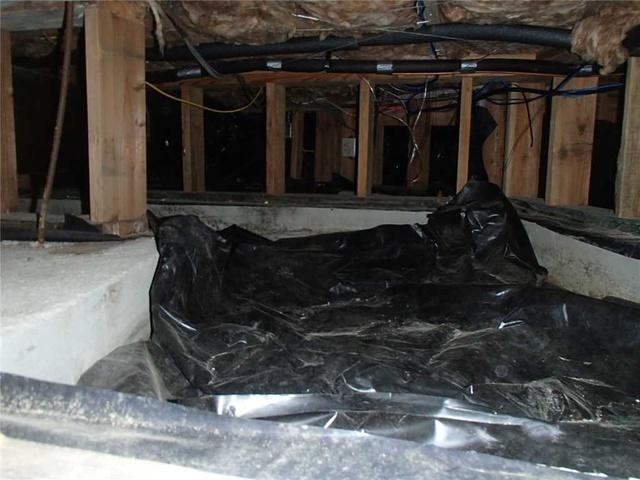 This crawl space was messy and humid. Even though it had a vapor barrier somewhat in tact, it was covered in dirt and had been moved around quite a bit. 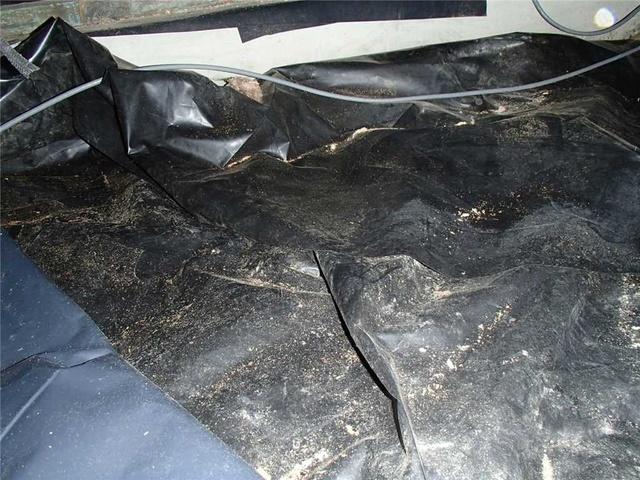 This 6 mil thick vapor barrier is easily shifted and can quickly acquire dirt on top of it. 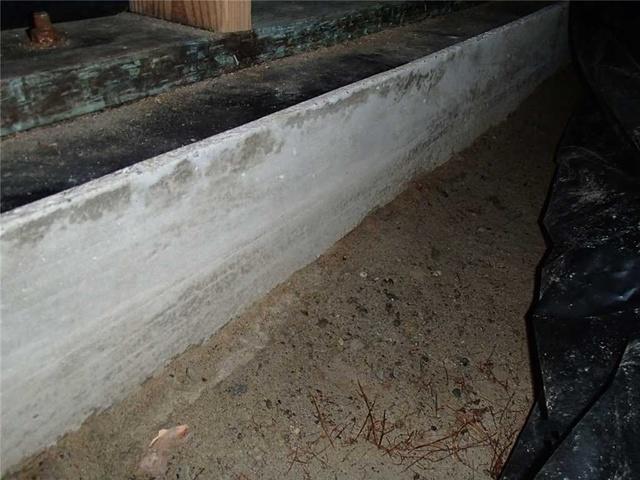 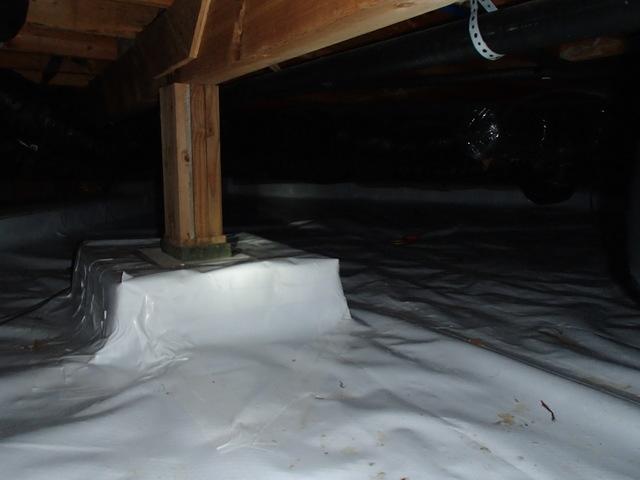 The CleanSpace lining covers every surface and is attached by wall anchors and caulking for the most secure seal. 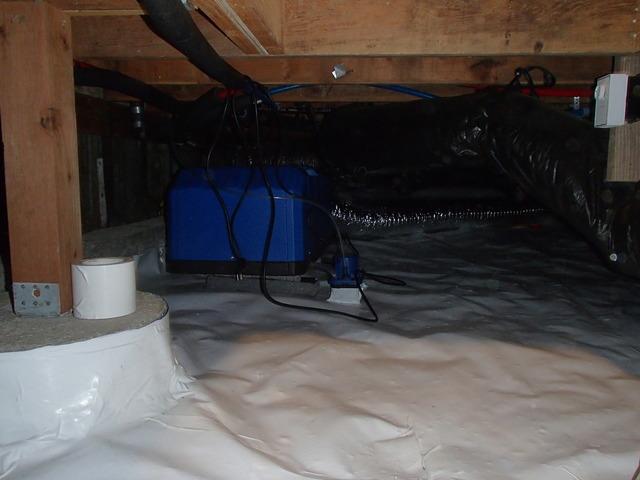 A SaniDry CX Dehumidifier will help control the moisture vapor in the crawl space. The SaniDry CX can remove 109 pint of water a day. And it's all automatic and doesn't require the homeowner to empty it. 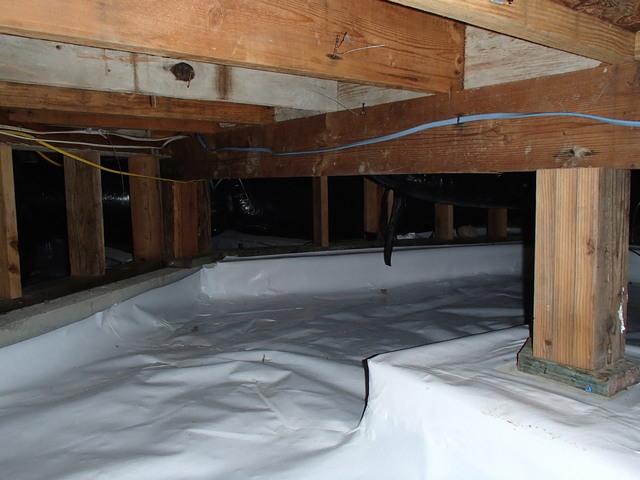 Once encapsulated in CleanSpace, the crawl space becomes a clean healthy environment just like any other floor of the home.