Cindy and Bob S. contacted Rainy Day Basement Systems because they had two separate crawl spaces and both had similar problems. Neither had an existing vapor barrier and in some cases there was up to a foot of standing water. They had lived in their Lake Stevens home for eight years and were planning on many more. Concerned about the future damages this could inflict, they sought out a long-lasting solution for their fusty crawl spaces.

In order to prevent moisture, many measures were taken in Cindy and Bob’s crawl spaces. Drainage trenches were installed along the inside of the exterior wall footings in both spaces. These are highly effective because they allow water to be absorbed from the soil as well as from the crawl space wall joints and footings.

Both spaces were encapsulated in our 20 mil. seven-layer lining known as CleanSpace. The antimicrobial liner completely separates the crawl space from the damp earth below, greatly reducing the amount of moisture allowed into the space. In addition, a SaniDry CX was installed to further regulate moisture. Working together, this system can lower the humidity of a crawl space to the point at which mold and mildew can no longer grow.

All of the captured water will then be pumped through their newly installed TripleSafe Sump Pump. With three pumps in one, the TripleSafe is the most effective pump we offer. The pump includes two water outlets, two pumps that can process up to an impressive 6,200 gallons per hour and a battery backup system for worst case scenarios, like a power outage. All three of these pumps are fully automatic and can give the homeowner complete piece of mind with little need for surveillance. The water is then carried out by their buried discharge line and LawnScape Outlet, this ensures that the water is deposited a safe distance away from the home. Finally, an EverLast Crawl Space Door was added to fully seal the space and prevent any and all moisture. The EverLast door is made out of inorganic materials making it waterproof and also resistant to mold or mildew.

Cindy and Bob now have little to worry about in either of their crawl spaces. 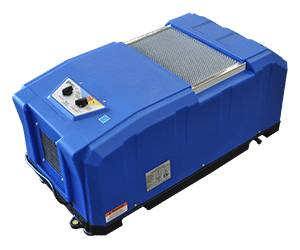 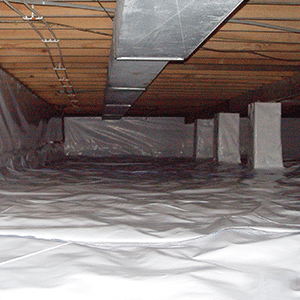 "VERY satisfied. Thank you! Professional, courteous and friendly; a top-notch crew. All experiences were pleasant."
Read More
- Cindy and Bob S., Lake Stevens, WA
Back to Previous Page
Back to Case Studies